by Staff
in Virtual Reality
0

Add ABC News VR as an interest to stay up to date on the latest ABC News VR news, video, and analysis from ABC News.

It’s that time of the year again. Decorations everywhere, people shopping and making travel arrangements. Remember the old days when your dad used his Olympus camera to capture the visit to Santa? And then years later he brings out Sony’s first DV camcorder to film the Christmas dinner? Now, what would he think of using Jaunt’s 16 lens camera to capture a virtual reality (VR) experience of the holidays?

For the best virtual reality experience,
download the Jaunt VR player
for your viewing device.

Forget the days of seeing 2D video or an Instagram feed of your friend’s trip to the Rockefeller Center Tree. Grab a cardboard VR viewer or a Samsung Gear VR headset to teleport yourself to NYC during the most wonderful time of the year. Stand in the middle of an ice rink in Bryant Park or be face-to-face with Santa Claus. Visit the elaborately decorated homes in Dyker Heights, Brooklyn, right in the comfort of your home. 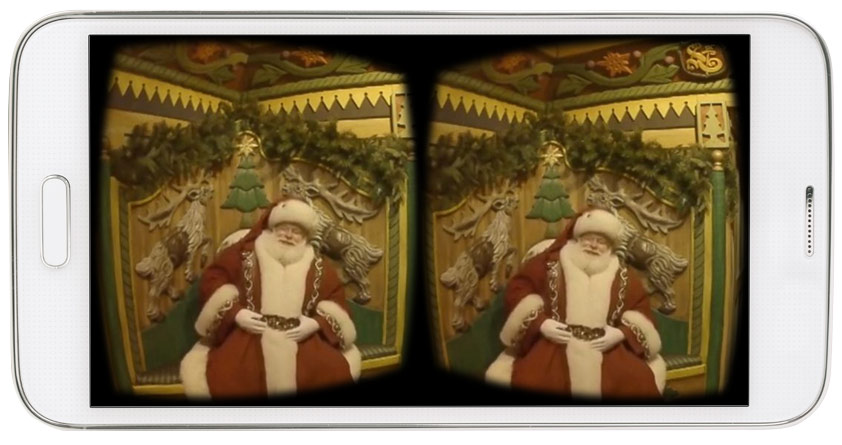